Installation of a nitrogen generator and associated equipment.

The customer was previously only using CO2 from cylinders for the various brewing processes.

A number of these processes can be done using nitrogen which can be generated onsite, reducing the reliance on external suppliers.

The new equipment will allow the brewery to generate its own nitrogen. 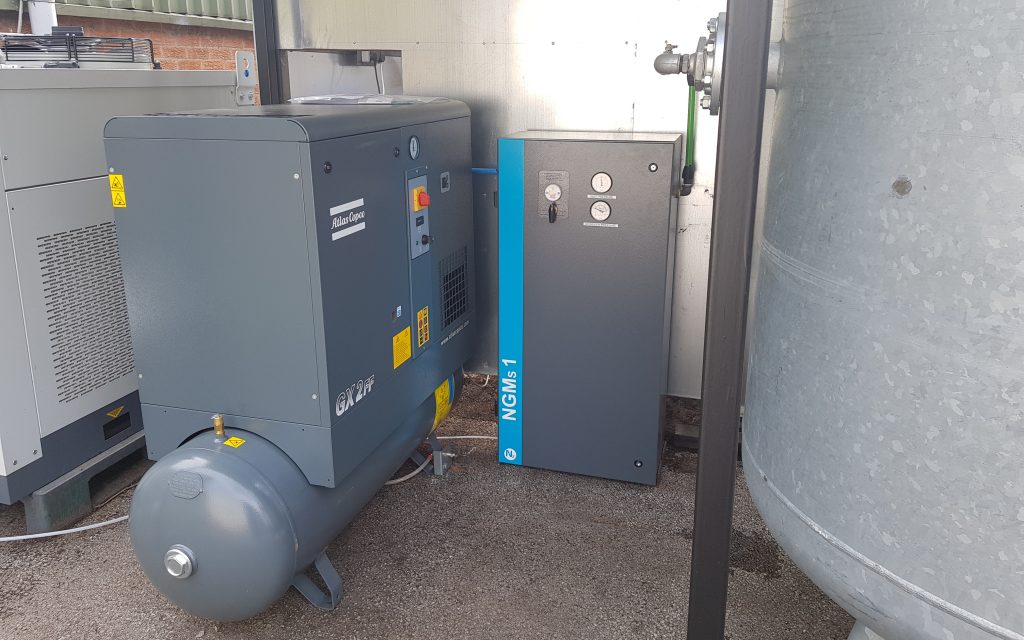 The following equipment was installed at the brewery:

The nitrogen generated is used for two of the main process in brewing. First, to push beer from tank to tank, as nitrogen displaces oxygen and carbon dioxide; and second for purging tanks, where residual from the ingredients is removed, preventing it from oxidising in the tank and spoiling the flavour of future batches.

The new equipment has:

A PPS representative dropped by the brewery for a chat earlier in the year and recommended the switch to generating nitrogen on site instead of relying only on CO2. While using nitrogen had been on Brewery Manager Sean’s radar, he hadn’t yet made any plans to investigate this.

Based on a former farm in Mold, North Wales, the company makes craft beers that are fresh, modern and hoppy. The core Originals range has recently been joined by the new Augment range and the brewery will be expanding into new premises in 2020.