Supporting the local communities where we are based has always been important to PPS – even more so during recent challenging times.

Based within hailing distance of North Ferriby FC grounds on the outskirts of Hull, Norman Walker has sponsored the club for many years.

It’s support that is very much appreciated by “The Villagers”, as the club is known to fans.

“I’m incredibly proud that as a community football club we’ve been able to not only survive but thrive during this awful pandemic,” says Les Hare, Chairman of North Ferriby Football Club. “We now have 23 teams facilitating over 300 men, women and youth players. We even have walking football for the over 55s.

“It’s taken a herculean effort by so many volunteers and dedicated people to ensure we’re in this position, but that’s only been possible thanks to the invaluable financial support we receive from benefactors such as Norman Walker.” 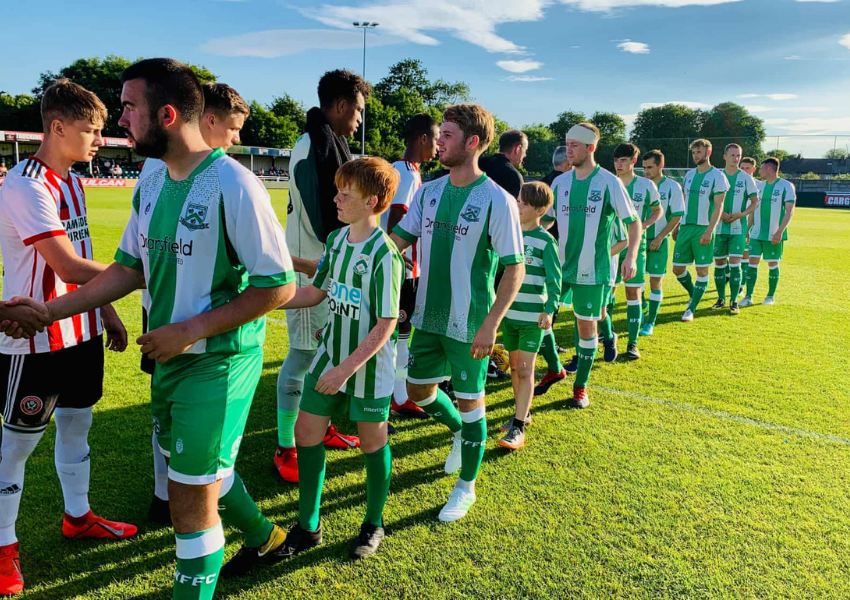 Currently at the top of Northern Counties East League Division One, North Ferriby FC has found that success has boosted spectator numbers, which have been increasing every week.

The community-friendly club is also a pioneer of youth football in the region, with opportunities for children as young as four to learn the basics, have fun and fall in love with the game, while allowing the club to progress every age group right through to senior level. In fact, many of the team’s current players came up through the youth ranks.

The club is also a Charter Standard Community Club, which means there is a Welfare Officer in place to ensure that young players are looked after and coaches are up to date with all of the relevant Safeguarding and other qualifications.

In pride of place in the club’s display cabinets are trophies going back to the 1920s. North Ferriby FC celebrated 100 years of football in the Village in 2019 and has played at both the old Wembley stadium in the 1997 FA Vase final and the new Wembley stadium in 2015, when they won the FA Trophy, beating Wrexham on penalties.

Run as a non-profit FA Community Club, run entirely by volunteers, the club recently renovated its Church Road ground with help from sponsorship and fundraising activities.

An important supplier and installer of compressed air systems and pneumatics in East Yorkshire and North Lincolnshire, Norman Walker became part of the Pennine Pneumatic Services group in March 2021. The company is led by Simon Biggs, following in the footsteps of his father and his grandfather, Norman Walker, who founded the company in 1930.